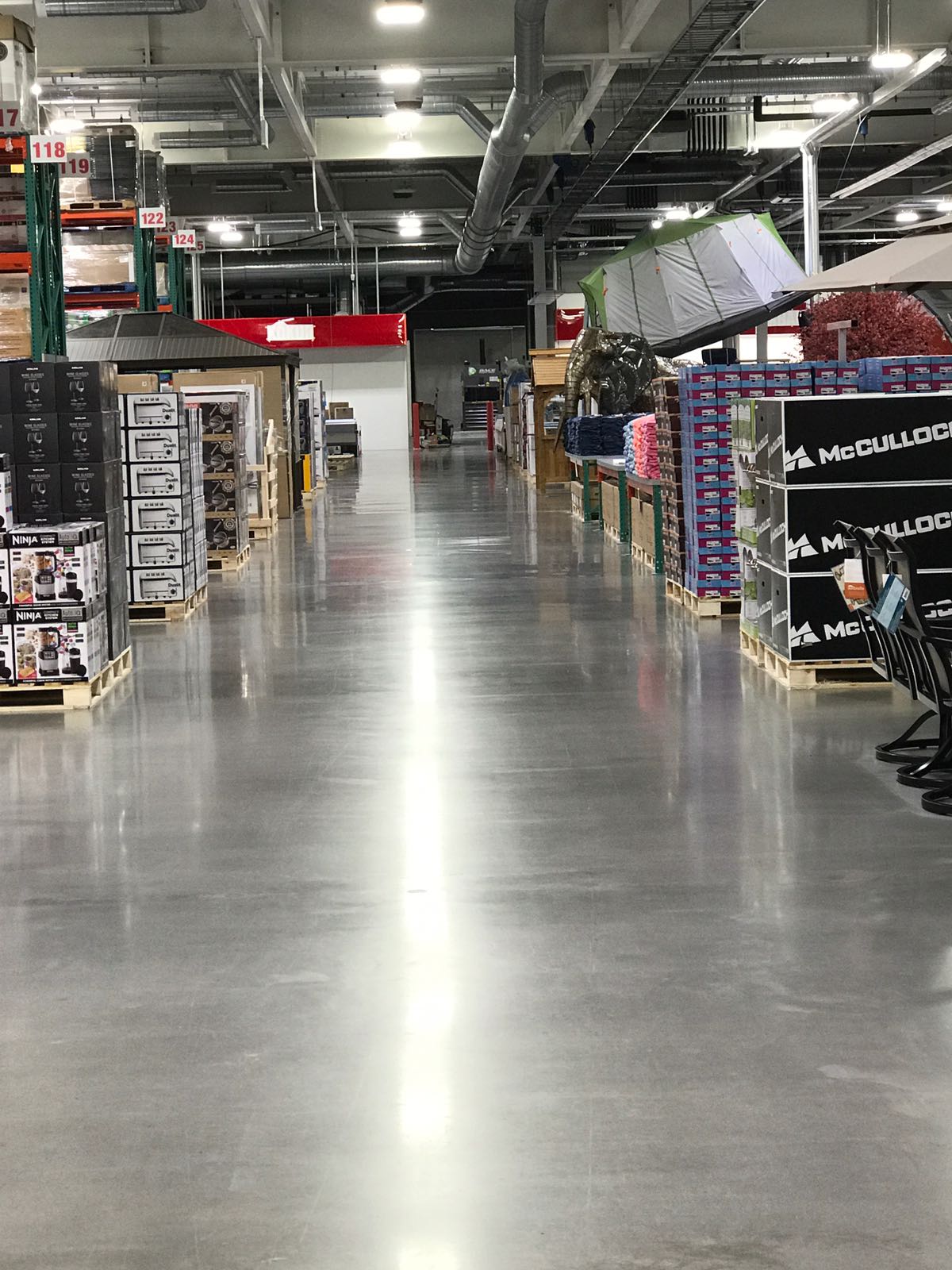 Following the inauguration this week of its first store in the country, CostCo continues to work towards opening new stores in both France and Spain, using Durotec as its official floor supplier.

US-based CostCo has opened its first store in Iceland, specifically Garðabær; the largest area in Reykjavik. For this store the American giant has relied on Durotec, a company specializing in the treatment of concrete surfaces.

Durotec has repaired 15,000 square meters of the 20,000 main store floor, including a cafeteria, a tire shop, a self-service gas station, an opticians and an audiologists.

The Durotec team encountered a porous concrete floor on which they applied the Retroplate floor System, which not only managed to improve the image of the floor, but also increased its hardness and achieved a high gloss finish, similar to that of marble which gives of a high reflection of light. Floors treated with the Durotec floor system prevent the new treated floor from generating dust and are ideal for both people and road traffic.

In addition to these two facilities, Durotec was the company chosen by Costco to treat the floors of 2 main stores in London and Getafe, Spain. Durotec will also be in charge of carrying out the treatment of floors of the new premises in Las Rozas, Madrid, which will start work in the last quarter of this year.

The quality and durability of its products have led Durotec to become an official supplier of Costco. “In every project that we carry out we are involved from the beginning to the end, working with the client until the same day of the inauguration of the facilities, and beyond. That, together with the quality of our products and finishes, is what has led Durotec to become CostCo’s suppliers and to have their confidence, “explains Toni Jiménez, Durotec’s General Manager.

CostCo is one of the most important superstore chains on the international market, a real giant that continues its expansion in Europe and will soon open a new establishment in Paris. Projects, all of which will count on Durotec as its floor expert.